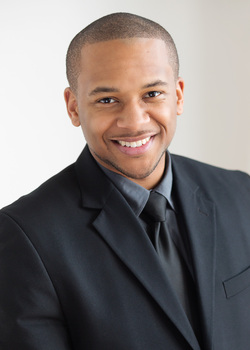 Frank, born in Oberlin, was raised in Elyria and graduated from Elyria High School in 2005. While at EHS Frank was involved in student groups, government, sports, and also worked at Save Our Children in Elyria at age 15. However, after Frank was cut from the basketball team in 10th grade, Frank got involved in activities that would later catch up to him. The year after graduating from HS Frank found himself struggling mentally, socially, financially, and spiritually. These struggles included failing college grades, unemployed, legal troubles, and overall lacking direction. In the Spring of the following year, Frank began attending church and also joined a youth program at the Elyria YWCA. By December of that year Frank completed the program, got employed with the Boys and Girls Club of Lorain County, enrolled back in college, and joined the Katrina Leadership Project: a mission project for Hurricane Katrina victims. Frank attributes this turnaround to his relationship with Jesus Christ and the people God placed in his life including mentors Tim Williams, Malcolm Cash, and Sherman Jones. Through his experience with the Katrina Leadership Project, Frank discovered his servant leadership skills and his passion for social justice. Frank went on to receive his associates degree from Lorain County Community College in 2010 and his bachelors degree in Non-profit Administration from Cleveland State University in 2012. Over the 11 years in nonprofit experience, Frank has also held positions with the Lorain County Urban League, Lorain County Community College, City Fresh, and even started his own initiative: Eden Vision which focuses on serving, educating, and empowering boys. Frank is currently employed at the the Nord Family Foundation where he is completing a 2-yr fellowship. Frank also volunteers as Vice President of 100 Men of Lorain County, as a board member on Lorain County Children Services, and serves on the Youth Council of the Workforce Investment Board of Lorain County.


Frank currently lives in Elyria with his 3 Beautiful Ladies: his wife Kaleena and two daughters Octavia and Sophia. 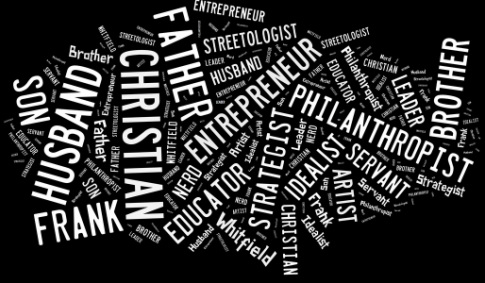